When a rash of fake money found its way into an Oregon community it left residents and many small business owners holding the bag. Cautionary tales provides a good reminder to provide information and training to employees in how to spot counterfeit currency.

Can you (and your employees) spot fake money?

Residents selling items on Craigslist in the Corvallis, Oregon area fell victim to thieves using counterfeit $20 dollar bills to purchase electronic devices. Though two of the suspected counterfeiters have already been arrested, the incidence serves as a good reminder to all – including small business owners – of how important it is for employees to know how to spot a fake.

In another example, in 2014, a Richmond, Virginia-based hairstylist and janitor produced (and distributed) between $10,000 and $20,000 in fake bills over the course of two years. She took $5 bills and soaked them in a degreaser, scrubbed off the ink with a toothbrush and let them dry. Then she used a Hewlett-Packer ink jet printer to print images she’d scanned of $50 and $100 notes onto the blank bills. Technology was also a key player when a Lawndale, California resident put more than $7 million in fake bills into circulation between 2004 and 2008. He pulled it off, in part, using ink jet and laser printers purchased from a local Staples store.  (Mental Floss)

In fact, more than $147 million (and as much as $200M) in fake U.S. currency is circulating globally (according the most recent data available from the U.S. Secret Service), and roughly 60 percent of that is circulating in the United States itself. In the U.S., the $20 bill is the most common counterfeit denomination, but the $100 bill is the most common outside of the United States. (CNBC)

One other way that scammers try to fool unsuspecting sellers is by using real money, but altering the denomination (called “Raised Notes”). It would be easy for cashiers in a fast-paced setting to quickly scan the denomination numbers on the corners but fail to notice that the portrait and words don’t match.

Training clerks, cashiers, wait staff and others who accept money in your organization to review these key areas can help them spot fake currency before counterfeit money scams result in theft from your organization.

6 Ways to Spot Fake Money and Protect Your Business

A wikihow article provides detailed instructions for evaluating money to see if its counterfeit. You could easily take the steps they recommend and turn it into an internal training session for employees and incorporate this training into new hire training and employee policy and procedure manuals.

They recommend these steps for detecting counterfeit money:

Once a note is handed in with this form, it is considered counterfeit unless proven otherwise. Unfortunately, if you do receive counterfeit currency, you will not be reimbursed for handing it in, so it is truly important for you to ensure that your team is up to date on best practices for spotting counterfeit money.

Want to join the discussion?
Feel free to contribute! 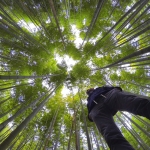 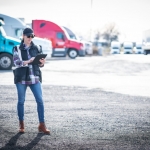